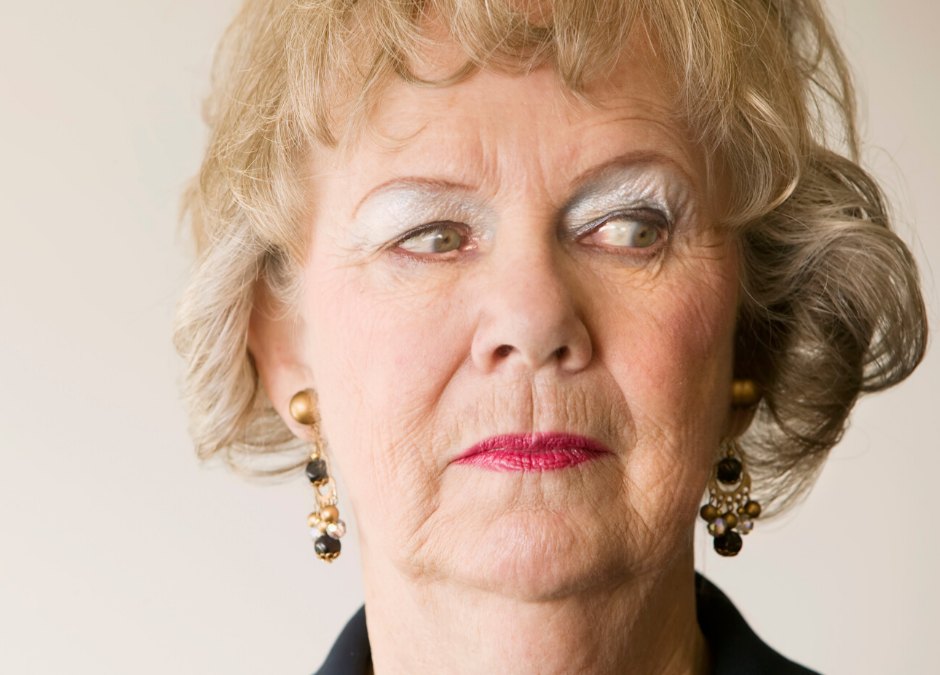 I’ve met her. She’s a piece of work! Syrupy sweet to her face, she says horrible things behind Janet’s back. Even face-to-face her sweetness drips with subtle digs. It hurts Janet’s feelings. She’s tried to make the relationship work, but ran into a steady drumbeat of criticism and rejection.

Now she just tries to avoid her.

But Janet’s religion nags her.

She hears Jesus, even with awful people killing him:
“Forgive them. They don’t know what they’re doing.”

Her religion teaches her to aspire to an industrial-strength version of grace, mercy, and forgiveness. But seriously?! With that woman? When we talked, she mentioned those bracelets church kids used to wear: What Would Jesus Do (WWJD)?

I asked her to say more.
She thought a moment, then sat back in her chair and rolled her eyes.

Well, she said…
Be God! That’s what Jesus would do.
He’d be God.

Jesus’ status as some kind of “God-man” makes WWJD nonsense. Until we attain God-status, it doesn’t mean anything. If Jesus lived on a different plane from the rest of us, in what way does following him even make sense?

Janet’s question bugged me for a long time. She’s right. The way I grew up telling the god-man-Jesus story doesn’t make sense. We say “follow Jesus,” but the noble life he lived is a pipe dream if he’s a different kind of being than we are. We don’t say the word “deity” when we talk about Jesus, but it was in the back of my church-kid mind. It just took a while for the disconnect to come to the surface. I could never aspire to live the way a deity lived.

I think we got our Jesus story wrong. Turns out, the party line in our tradition never was that Jesus was a deity. No. We use the word divine. Fully human. Fully divine. That’s how we’ve talked about it.

Turns out, there’s a big difference between deity and divine.

A deity is a noun, a non-human-being noun.
Divine is an adjective. It describes certain qualities or attributes.

Paul described Jesus as the firstborn of a new way for people to live. That’s not non-human. No. It’s fully-realized-human. Yes, there was something profoundly different about Jesus, but it was a quantitative difference, not a qualitative one. Jesus wasn’t non-human. He was human in the best way, fully tapped into the inner divine—the same inner divine in each of us.

The same Divine attributes that were in Jesus, are in us all.

It’s access! That’s the hard part. How do we access the inner Divine? It’s so difficult, so rare, we easily believe it’s not even possible. Which many did…

…until we saw Jesus do it.

Jesus inspired us to look within ourselves. And when we did, we discovered what he had prayed for us (Jn. 17); that we would experience the oneness we have with the Divine—the same way he did.

So, it turns out…
Janet can access an inner source with her mother-in-law. She can aspire to a just and equitable mercy, a dimension of grace that can change the dynamic of their relationship. She can do what Jesus did. It’s in her, just like it was in him, just like it’s in you and me.